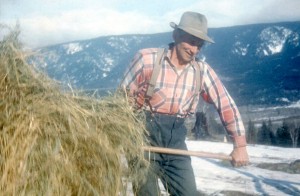 Karl Rainer(senior) came to Canada in 1927 from Austria. Karl was born in January 1905.

Karl married Ingeborg Salle on October 1, 1936. Ingeborg’s parents arrived from Germany in 1912, she was born in September 1915. Her parents missed boarding the Titanic as their luggage had not arrived at the port. 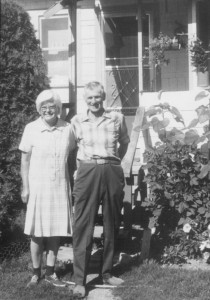 Karl & Ingeborg slowly built up a small dairy herd. In 1937 they shipped cream. Karl packed the cream cans on his back to the highway, where the North River bus would pick them up for delivery.

The two daughters married and left the family farm. One lives in Kamloops and the other in Clearwater, BC. 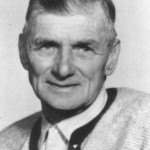 In 1976 Karl graduated school and Karl senior died after a battle with cancer.

Karl had been doing most of the farm work with Inge and took over the operation of the farm at this time. They were milking 12 cows and shipping cream to Noca Dairy in Vernon, BC. They also had a small herd of beef cattle. They had a old milking barn with a small red building on the end where the milk was separated. Cream was shipped and the skim milk was feed to the pigs. 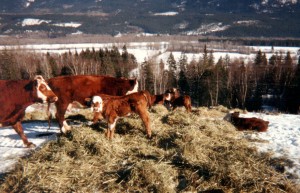 At this time Ingeborg purchased a mobile home and set it up on the home property as her home.

In September 1981 Karl & Debbie had their oldest Son Ben and in the same year built a new dairy barn.

When Noca dairy was sold to Dairyland, they no longer wanted cream shippers.

Rainer farm started shipping milk instead of cream that year.

In 1990 Karl & Debbie built a new home on the main property. 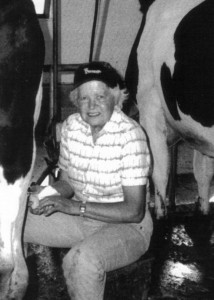 In 2002 Ingeborg Rainer passed away after suffering a heart attack while walking across the yard.

They were milking an average of 32 cows and shipping 900 litres of milk daily to Dairyland in the lower mainland, until December 1st,2013 when they retired from Dairy Farming.

The farm has over 40 head of beef cows that calve early each spring and in summer they range on crown land behind the main property. In fall the calves are sold.

Pigs are now raised to be processed though the plant on site.

In 2008 a new slaughter and processing plant was approved for operation on the farm site. 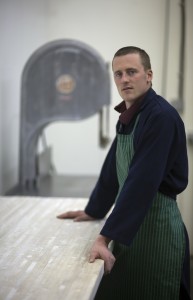 Ben Rainer is the plant manager and owner-operator of Rainer Custom Cutting.

Dustin Rainer now lives in the mobile home along with his daughter Emily born February, 2007.

Dustin is running the day to day operation of the farm with Karl.

He has 30 eves that will lamb in the spring. In his spare time he hunts and traps farm predators.

Kurtis lives in the old farm house and works off the farm for his living. When he is not working away, he helps out on the farm. Welding repairs and new projects, electrical work, farm maintenance and any other jobs that may need attention.

If you have a good work ethic, and are interested in learning what life is like on Canadian farm send us an email and tell us about yourself. We are always looking for happy energetic people to help with the garden or the cooking, mowing the lawn, running chores on the quad, … END_OF_DOCUMENT_TOKEN_TO_BE_REPLACED